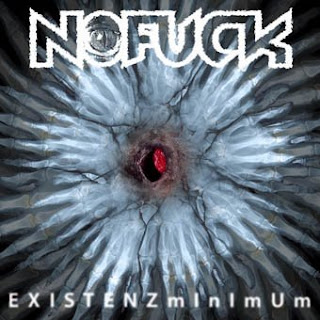 Italian act NOFUCK is active on national underground scene from 1997 year. A band introduced themselves with 3 Demo issues, 1 bootleg and actuelle full-length. Also they did a lotta' efforts in promotional activities with its still actuelle album from 2007 year "Existenzminimum", and many national and foreighn webzines/magazines has reported about band's CD.
Nofuck are musically on therithory of thrash/speed metal, influental equally of 80's and 90's period, where more stylish associations leads to European school. A band has offered one pretty basic option of thrash metal, where present songs posses a similiar performing methods, and generally has accepted an identical "look". On the other hand, their attitude is clear . A production is done in same manner, as same as arrangments. A band plays present materials with strong passion and same energy, and mentioned elements are better side of its approach in general. A problem lays in missings of originality,and that's also realistically evident. We'll see what the future brings in their case.
A band expects to realize a new album in forthcoming months.