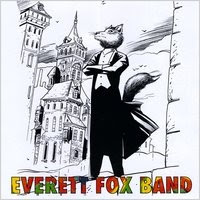 In last 10 days I have received a few very interesting albums, and among them was a S/t issue of New York City artist - Everett Fox.
He is a keyborder/author/vocalist, and his small band also include a percussionist - Dave Salce. Everett Fox is in music business from his earliest age, and during the years he had performed with bands and also alone. He has played in many New York City venues, and his experience is huge.
Musically, Everett communicate with many different so call pop variants. He is original author, and his songs touches elements of modern pop, alter variations, indie views and electronic performing psychology. Some of his songs posses insightfull threathenigs, but all of present tunes are different among them, judging by arrangments modifications. I would add that some of Everett authors views knows to remind on Beatles-que productional/arrangments visions "taken" from Liverpool's fellows last albums legacies. His materials also are hard to acceptables
on first listenings, but after few repeatable attempts, many things easily comes to right place. Everett Fox is a unique author, and he has offered an interesting authors creations.