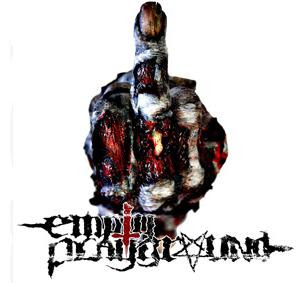 Polish band Empty Playground is active some period on national underground metal scene. Their conceptual vision are based clearly on antitheist message. Musically they combines elements of death and electro/industrial metal. In its sound is evident also one approach, nearer to 90's psychology.A group has offered strong and brutal sound, where vocal tendencies are accepts one growl/screamo variant.
In some of offering songs of its EP, arrangmments were done in non-metal dimension. Also in some of offering tracks, electro/industrial tendencies are more present, then death options. Nevertheless, Empty Playground has showed some interesting ideas, and its EP comphrises relativelly equalizing materials.