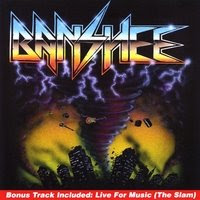 A 4 guys from Omaha and Kansas City were formed a band called Banshee in the mid 80's. During the brief period of few years, a group has received a loyal fan base, and released a 2 albums, 1 EP and 1 Demo. Their carrear had a respectable status both in homeland and abroad, even that band didn' t reach a comercial success. But die hard folowers, journalists and collegues from other band's was very well informed about Banshee's qualities.
"Take' Em By Storm " album was originally released in 1992 year, for their own label "Snowblind Records" , but only a limited copies were made.
During the previous 2008 year, a band re-release mentioned album with one bonus track " Live For Music".
A Banshee's musical offering was tipical american style of melodic power metal locate in mentioned 80's period, fullfield with clear hard rock traces as well. Strong and clear vocal segments, and convinceble performing includings in the back, characterized its works. A band was pretty convinceble in its performing and authors views, and surelly they deserved a respectable status
More or less, "Take' Em By Storm" has offered an equalizing material, but 1 track in my opinion deserve a special attention, and that is "Out For Love ".