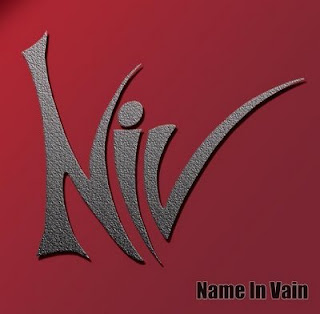 Name In Vain are Providence, Rhode Island based band, active some period on domestick underground circuit. During the previous 2008 year, a band has recorded an EP with 4 tracks in - "Persecuted", "Pitbull Wings", Back Down" and "Crept".
Name In Vain plays variant of heavy/power metal with clear groovy tendencies. A strong vocals and powerful guitar riffs in the back characterize its pretty convinceble sound. There's no calculations in its vision and musical offerings, and band runnin' its ideas without compromises, directly and straight to the heart or head.Their songs posses less melodicity, but coherent band's performings generally could be a key weapon.
I couldn' t compare its approach with stylish options of any of better known groups, so Name In Vain confirms its originalities in every of 4 present tracks. That's a quite enough for now.