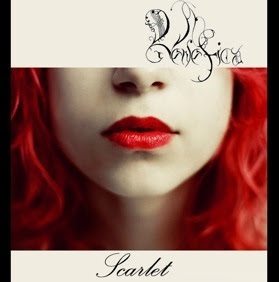 Marko Sinadinovic is a Prokuplje ( Serbia ) based artist, and key person who stand behind band/project - Venefica. This is his brainchild, and he started to create and make music in 2005 year, after departured from several domestic black metal/gothic/doom groups.During the previous 2008 year, a formation added another member, a female acoustic guitar and piano perfomer - Amelia Klisinski.
"Scarlet" is a actuelle issue from mentioned 2008 year, released for "Ekleipsi" net label, and of course their album is free to download.
Together with Amelia, Marko has introduced his playing creations, mixing a few stylish elements as a classical training visions, darkwave psychology and ambiental/acoustic threathenings. Even that several of offering tracks are nothing than simply "transciptions" of well-known songs/compositions from classic music therithory, a mentioned unusual and unexpecting releasing atmosphere in most elements realistically describes its approach. "Scarlet" is a album of mainly equalizing materials, consisting of 9 tracks and little more than 34 minutes of music.