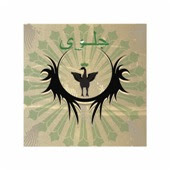 Under the name Dhul Qarnyan stand a one -man Learza, who is responsible for every performing/releasing detail on album. "Jilwah" comphrise a little more than 27 minutes of music, but only 1 longest track is present here and there. "Jilwah" brings hypnotic, eastern ritualistic ambiental offering, also with spiritual challengies as well. As a press material explains - this product is listenable only for those that are willing to mediate upon the black book of Al-Jilwah, delving into the Ancient Eastern Atmospheres. A very strange soundscapes dominates through author views, where ancient rituals with monotonous repeateble rhythms occupies listener's ears. A music is full of unexpecting places, also a listener must be prepared to be in close contact with ancient and unnutural atmosphere. Anyway, "Jilwah" comphrises very unique works and offering ideas of mentioned Learza, who has introduced himself as a talented author and performer.