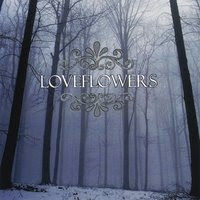 A Swedish act Loveflowers comphrise in its line-up a three members , a 2 males and one female artists/musicians.All of them had a previous experiences, and a carrear behind. Loveflowes band should be open-up a new chapter in its carrear, and in the second part of previous 2008 year, a trio has released a "S/t album.
Loveflowers music are sung in two languages, both sweden and english. One peaceful and pleasent atmosphere dominates through its album materials, and they have penned mostly slower and so call half-balaad tunes.
Lovewlowers also delivers own variants of folk/country, fullfield with alter country includings. A 70's psychology is also dominate factor in its messages, so at the same time a band's acoustical performings could be comparabile with some of mostly British and USA acts from mentioned 70's era. But, originality is also evident in its music, as same as one tipical nordic pastiche. I suppose that followers of 70's acoustic/folk/country tendencies cound be find something tasteful in Swedish band's offering.

Oh wonderful to read about "loveflowers"A very nice group singing and play very good.This is my son who played drums and his wife singing.love from christina