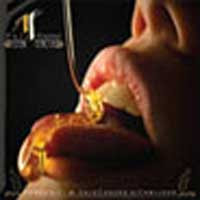 A Belgrade based band Full Flavor is active continiously from 2004 year. As a certain concert act with strong performing background they received a respectable status from audience and fans. A talented fellows also reach a status of winners on traditional "40th Zajecar" anniversary festival, and "Automatic" label release its debut during the 2007 year. Musically, a Belgrade band playe pretty original variant of alter rock with pop pastiche, and clear fusion additionals, where better impressions audience can receive from them listening its songs in concerts atmosphere. Even that they are still young, musically are well-educated, and their talent is undoubt judging also by authors potentials.


But, unfortunatelly they didn' t equalize strong concert performings with studio realities, and most of offering materials aren' t interesting enough. Some of present songs also suffers of boring details, and it seems that band finally didn't have enough breath, and maybe studio experience. They also failed with poor and unsatisfied promotional campaighn, and winnering status from "Zajecar festival" looks like as a "one day" in a life. A band didn' t capture energy from "live" performances in studio frame, and that's a sad reality.