OVERHEADSPACE - Beyond The Scope Of Days 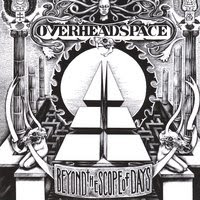 During the 2005 year, a brothers Rik and Joe formed a band Overheadspace. In the same season they have released an EP issue, entitled "Working Class", followed by its concert activities.Overheadspace works as a trio, and they succesfully has offered own views of performing concept, rooted in rock and hard rock therithories. In its conception also exist elements comes out from the 70's period, as same as from 80's metal legacies, but also enough classic rock idioms are present here and there, as same as some mostly hidden grunge options. Their lirical approach posses wise message with humean prefix. A songs from the album are different among them, but equally listenable and acceptable as well. A productional work of Tim Rice and members from band is pretty unique, and didn' t failedin so call time boundaries. So, as a result we have an impression that band's materials posses flavour of the past periods, even that its music modernly communicate with standards of our time. "Beyond The Scope Of Days" are consists of little more than 53 minutes of quality musical offerings, whichsuccesfully recomand a Detroit act to potential listeners populations.
Rating : 8,5/10
C / o : www.overheadspace.com
www.myspace.com/overheadspace
e-mail : info@overheadspace.com
Posted by Branimir Lokner at 2:18 PM

Labels: OVERHEADSPACE - Beyond The Scope Of Days