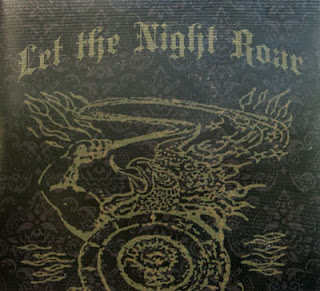 Out of Atlanta, Georgia, comes Let The Night Roar band. They works as a trio, lead by ex-Malevolent Creation/Leviathan guitarist- Jeff Juszkiewicz.
They were founded back in 2004 year, and some months ago a band released a S/t debut.
Let The Night Roar performs convinceble and uncompromised variant of doom, fullfield with sludge and stoner variations as well. Their sound is brutal and strong, and all of 8 offering tracks from album were done in same way. Even of respectable experiences of members from band, Let The Night Roar belongs to newer generation of doom/sludge acts, whose orientations make no calculations with any of present trendy options.
Hard atmosphere and slower motorizations of each songs are followed by the scream vocals and backing wall of sound. There's no doubt that Let The Night Roar finds wanting formula, and we'll see in which direction its carrear should go in the future.