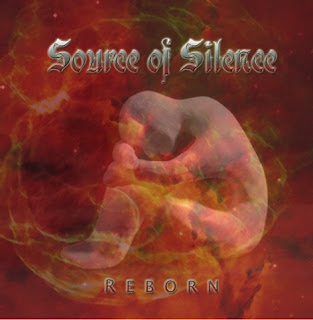 In the formation of German act Source Of Silence, exists a members whose carrear dated back from 1990 year.
In May of this 2008 year, a band had released actuelle full-length "Reborn" followed earlier by the Demo issue.
A German quintet is on the field of older school of heavy metal, where exists many elements of progressive details, as same as melodic variations.
But its progressive approach ins't basically orientire to structural changes or performing acrobations. Its concept mostly communicate with so call "darker" atmospheric arrangments dimension, where songs receive monotonic views, and band has recorded them in slower performing up tempo.
There are 10 tracks on album profesionally done, as same as technically, but its offering materials finally are consists of some more and some less convinceble songs. That's a reality and basic characteristic of "Reborn" album.