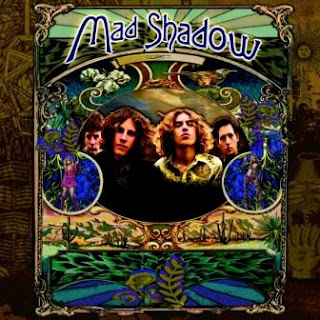 Out of British Columbia comes an interesting act and also hope of a newer Canadian scene, quartet Mad Shadow. Some months ago, they have released a S/t debut, as a self-released, independent issue. A 10 offering tracks clearly describes its aduts, and that's a strong hard rock and rock elements, nearer to 70's period, also psychologically deeply on mentioned field.Some associations in its approach logically leads to the groups such as a : Led Zeppelin, Bad Company or Humble Pie. In its offering also are evident similiarities with The Black Crowes legacy, specifically judging by the threathenings of rhythm and blues heritages. Also in some traces band has accepted a 90's influences, and some hidden associations leads to Soundgarden as a main influence. But, a Canadian fellows posses a energy of our time, they are pretty convinceble, and also its songs has strong melodicity. Technically, as same as visually, its CD cover also associate on 70's period. Finally, Mad Shadow are promising act and their album materials deserves only recomandations and positive reactions.
Rating : 8,5/10
C/ o : www.madshadowband.com
www.sonicbids.com/madshadow
Posted by Branimir Lokner at 1:56 PM