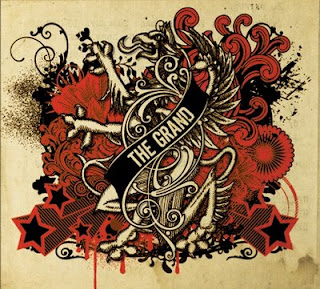 Out of capitol Oslo, comes a newer Norway national hope - band The Grand. They work as a quartet, lead by Amund Maarod, guitarist and singer, and person with previous musical and discographical experience. Before the realization of still actuelle full-length, a band has released an EP issue.
The Grand on pleasent and original way succesfully connect idioms comes out from the 70's period, as a rock, blues and psychedelia, with stoner and other hard variants. Their sound is vivid and colourful, and also is important to say that production is nearer to psychology of 70's period, than to nowadays options.
Arrangments are different among songs, but complete offering materials are listenable and acceptable. The Grand are convinceble in its ideas and concept, and deserve the public attention. I would also mention an interesting design of its CD cover, who is also done as a digi pack.

Labels: THE GRAND - The Grand